What Is The Southeast Connector?

The History Behind This Project 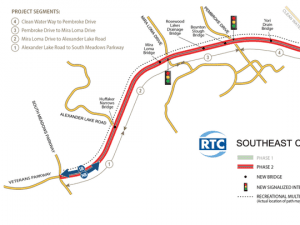 The plans for this electrical engineering project started brewing back in the 1980s. It was envisioned that there could be some way to connect Sparks and the Geiger Grade. The team came up with multiple alternatives and sub alternatives to make this idea a reality. Fast forward to 1997, they had updated the roadways to help accommodate the traffic volumes and population growth in Northern Nevada. Ten alternatives were developed and the Southeast Connector was born.

In order to plan out this connector, research had to be done based off of population (both current and future). After diving deeper into each alternative, they were able to eliminate two. One was based on costs while the other would not solve the problem that was at hand.

Now that the RTC had some strategies brewing, it was time to decide on the destination. It came down to Foothills Corridor, Valley Corridor and the Sparks Industrial Corridor. In 2007, the RTC Board voted that the Valley Corridor was the best option for building.

In November of 2008, they voted on the alignment of the SEC and began working.

This project has a large number of benefits for Northern Nevada including alleviating traffic concerns. Not only is this project going to help improve roadway conditions, but will benefit Northern Nevada economically as well. The Southeast Connector is projected to create many direct and indirect job opportunities, totaling up to approximately 1,400 new jobs. Some of the other benefits associated with the construction of the Southeast Connector are:

The RTC has gathered data from the Regional Census Forecast regarding population growth and travel demand for this region from present day all the way to 2030. After looking through all of the reports, they came to find that there were six areas that were projected to have the highest travel demand. By creating the Southeast Connector, traffic will be reduced in these heavily congested areas.

To accommodate all the pedestrians and cyclists, they have created a 5.5 mile long trail that can be used for biking, walking, running, etc. The trail will connect the Truckee River bike trail with the Hidden Valley and South Truckee Meadows paths.

In addition to providing benefits to drivers, bikers, and pedestrians, the RTC has been working hard developing strategies to improve water conditions, air quality, etc. Some of these strategies include:

• Revegetation around the creek banks to limit/stop erosion.

• Creation of a Soil Management Plan. 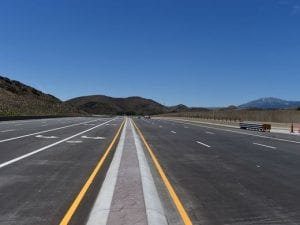 There is going to be a pre-grand opening event: a fun run, walk and bike event. This event will be held on Saturday, June 30th from 8:00 am to 12:00 pm. This is a unique event for people to be able to see the project from a different perspective. The Southeast Connector is anticipated to open on July 6, 2018.

For more information on this project, please visit the RTC’s Southeast Connector website at www.southeastconnector.com.