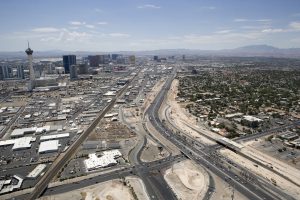 What is Project NEON?

Project NEON is an almost $1 billion project that is extremely important for Las Vegas. It “is the largest public works project in Nevada history” and has been in progress since December 2015 (NDOT). This project affects the “Spaghetti Bowl” and surrounding freeway areas, some of the most congested roadways in Las Vegas. According to NDOT, approximately 300,000 vehicles are passing through this stretch on any given day, and that number is projected to double by 2035. Project NEON will alleviate the heavy traffic flow that Las Vegas is currently suffering from and will be a preventative measure for future traffic in the area. Project NEON will connect the High Occupancy Vehicle (HOV) or carpool lanes on U.S. Highway 95 to the I-15 express lanes with a flyover bridge while creating direct access carpool ramps and a new interchange called the “Neon Gateway.” Other planned upgrades include the construction of the Charleston Boulevard interchange, extending Grand Central Parkway over the Union Pacific Railroad tracks, and connecting to Industrial Road for improved downtown Las Vegas access and mobility. 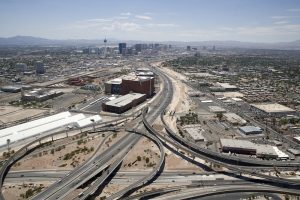 How PK Electrical is Contributing to this Project:

As sub-consultants to Atkins Global and Kiewit, PK Electrical has provided the lighting and power designs for this design-build project covering 3.7 miles of interstate and 17 miles of local road improvements. There are aesthetic and landscape upgrades, intelligent messaging signs, and improved drainage. Specifically, our electrical engineering firm provided complete lighting and power design for all new construction areas. Included in the design were 52 new digital message signs and over 750 light fixtures. The new lighting design consists of all new LED lighting. These installments will improve lighting levels, contrast, quality, and longevity while meeting driver expectations and improving maintenance operations. 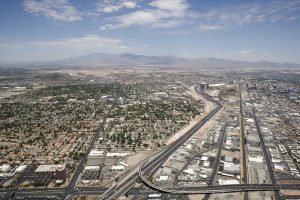 While Working on this Project:

During the design phase of this project, a BIM Execution Plan was implemented, and a managed workspace was incorporated in ProjectWise. These plans allowed all disciplines working on this project to create plan sheets that looked similar despite being created in different locations; there was a total of 5,000 plan sheets. The utilization of MicroStation clash detection tools was also used for this project. These tools enabled project teams to mitigate 5,000 potential clashes between new and existing facilities. Because of the detection tools, countless hours were saved for both the design team and contractor. Lead drafting meetings were held weekly to solve any inconsistencies found in regards to project standards. The schedule for this project was extremely tight. Taking the tight schedule into account and the combination of a large number of moving parts, made for some difficulty in design. To alleviate the difficulties, the PK Electrical team coordinated with amongst all disciplines working on this project. As time went on, the project became smoother because of the efforts of the group. 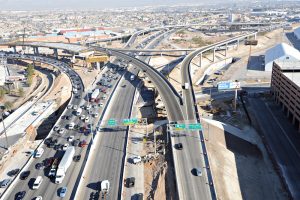 Because of this Project:

This project is anticipated to be completed in Summer 2019. Check out the Project NEON website for more information on updated timelines and alternate routes and road closures. 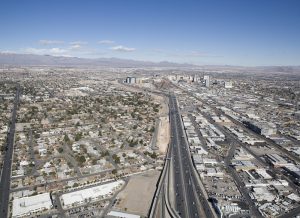 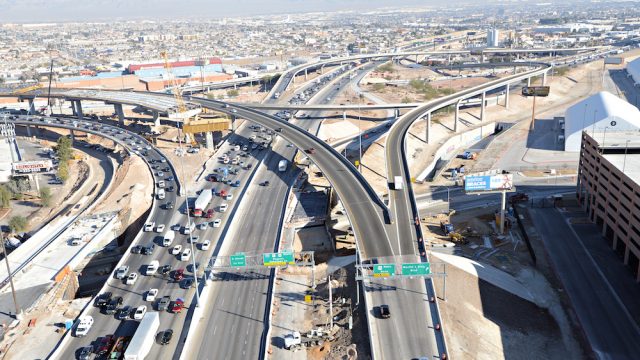 What is Project NEON? Project NEON is an almost $1 billion project that is extremely important for Las Vegas. It “is the largest public works project in Nevada history” and has been in progress since December 2015 (NDOT). This project affects the “Spaghetti Bowl” and surrounding freeway areas, some of the most congested roadways in… Read More 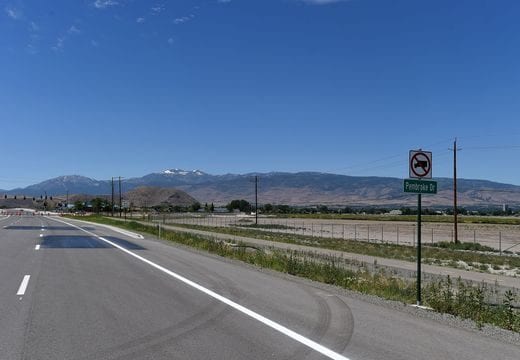 What Is The Southeast Connector? The Southeast Connector is a two-phase electrical engineering project that connects Eastern Sparks, Nevada to Southern Reno, Nevada. It is a limited access roadway with major intersections at Greg Street in Sparks, Pembroke Drive, Mira Loma Drive and South Meadows Parkway in Reno. The roadway will terminate into Veterans Parkway… Read More 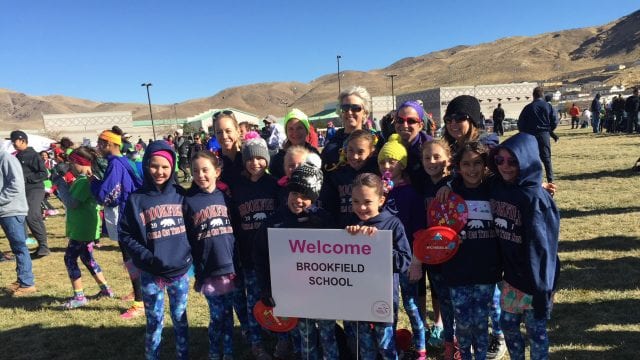 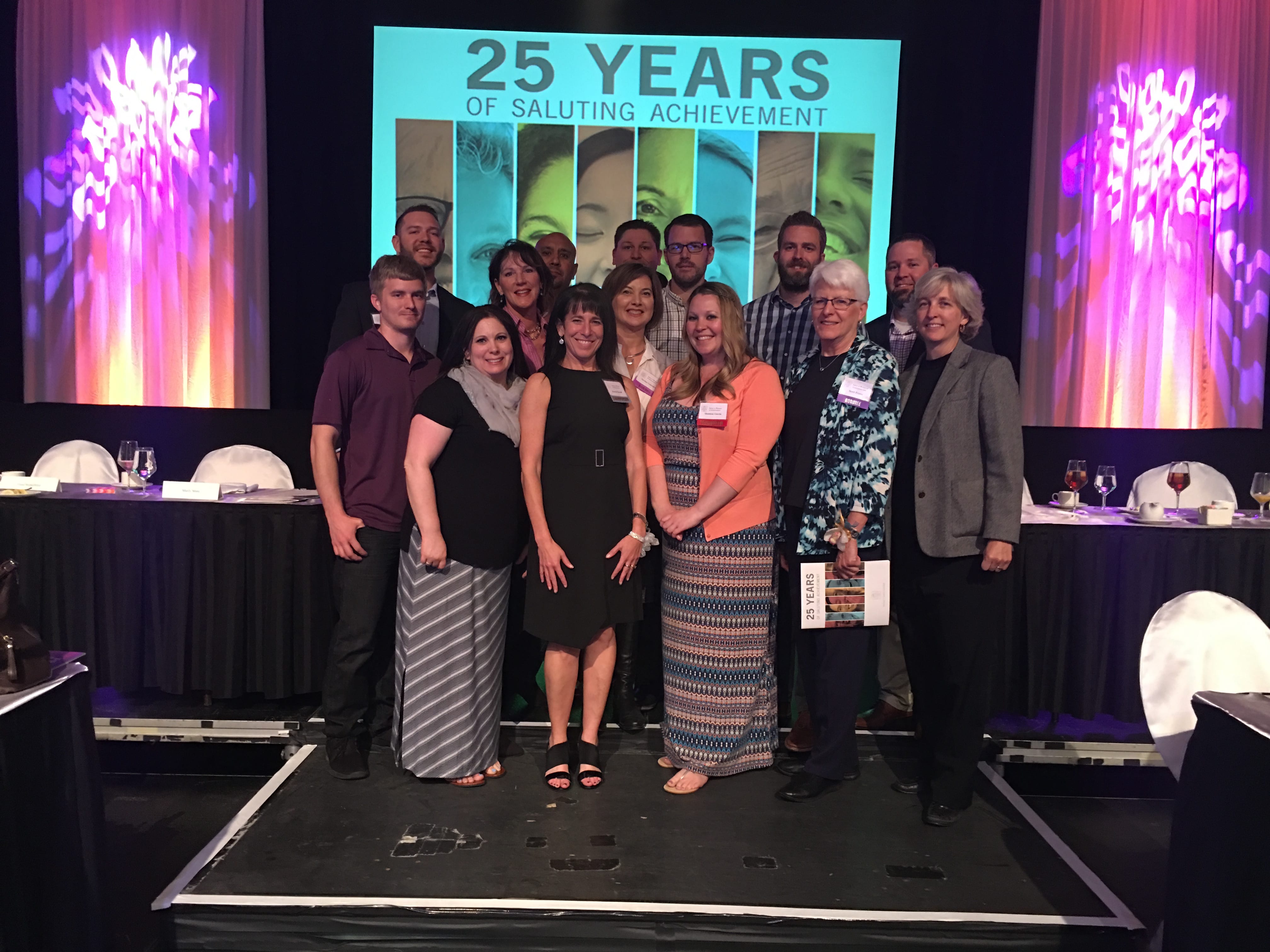 The PK office attended the 25th anniversary of the Nevada Women’s Fund Salute to Women of Achievement luncheon yesterday at the GSR.  This years theme was focused on STEM, specifically, women in STEM, so who better to be chair of the event, than PK’s very own Karen Purcell!  As principal of PK Electrical, a 28 person Electrical Engineering firm, with offices… Read More

Are you looking for a great career opportunity? Are you looking to join an innovative engineering firm? Experienced Electrical Engineer/Designers!! Do you want to work for a great company and live in a great place? Here is your chance to join the region’s leading Electrical Engineering firm! Some of our wins: Solid expansion through the… Read More

Experienced Microstation/AutoCad Drafter Needed!! Here is a rare chance to join the region’s leading Electrical Engineering firm that is expanding! Do you take pride in the quality of work you produce? Do you enjoy and excel in a team environment? Do you want to grow yourself and your electrical engineering career to the next level? We are… Read More

At PK Electrical we value creating a fun, positive, team-oriented environment.  At the end of 2014, a FUN committee was created to plan and organize activities for PK as a whole to participate in.  Since its inception, we have had an Ugly Christmas Sweater contest, Email BINGO, Valentine’s breakfast potluck, and a Bowling Night.  Some… Read More

Take a look at one of our latest and greatest completed projects!  It’s such a pleasure to see the end result of all the hard work and commitment that our great design and construction team invested into this CMAR project.  This is a facility that is truly appreciated and cherished by the community of Douglas… Read More 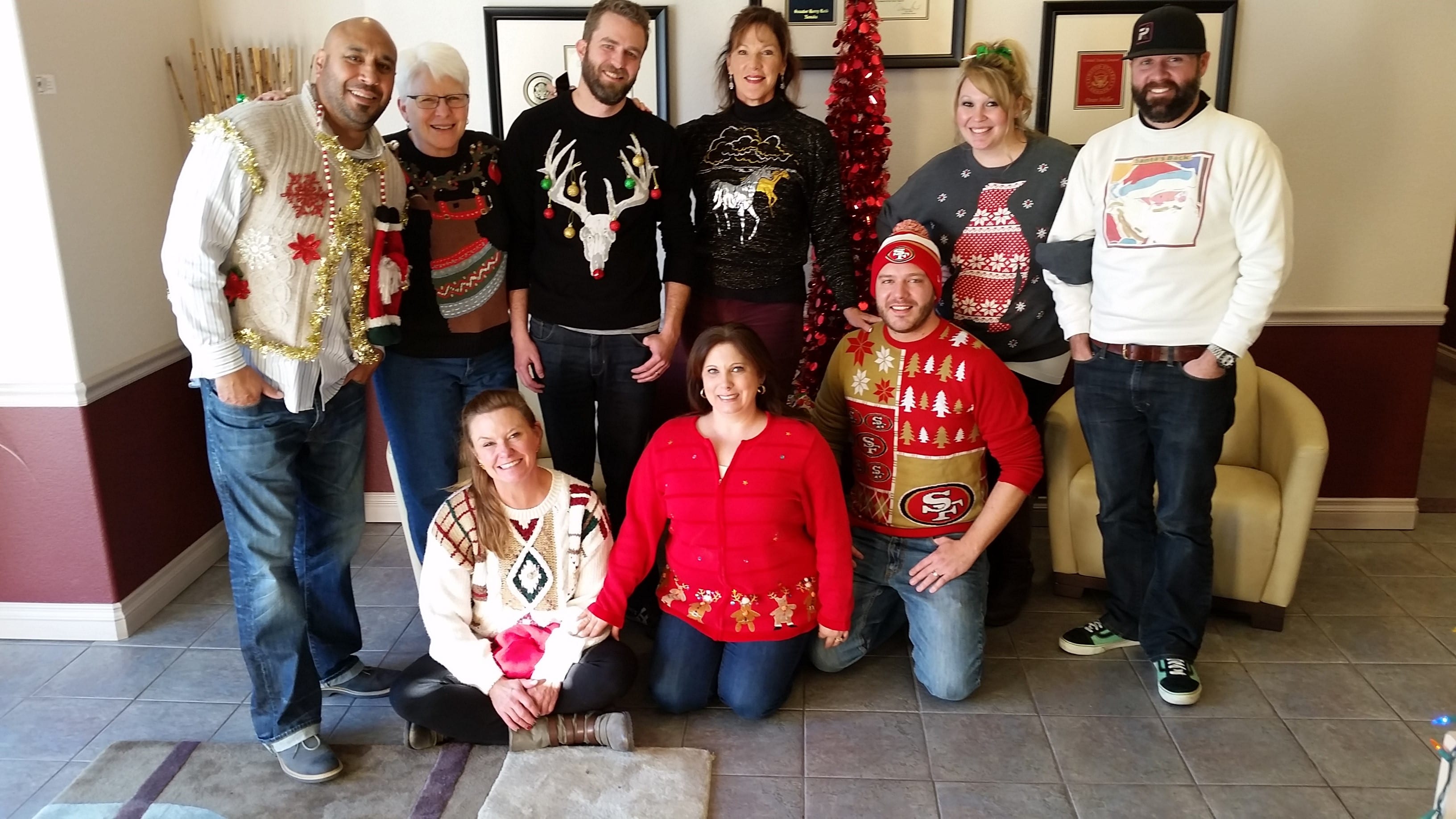 PK Electrical had an Ugly Christmas Sweater contest today in our Reno office….we are still waiting to tally the results.  Who do you think has the Ugliest/ Tackiest sweater? Merry Christmas and Happy New Year from everyone here at PK!… Read More 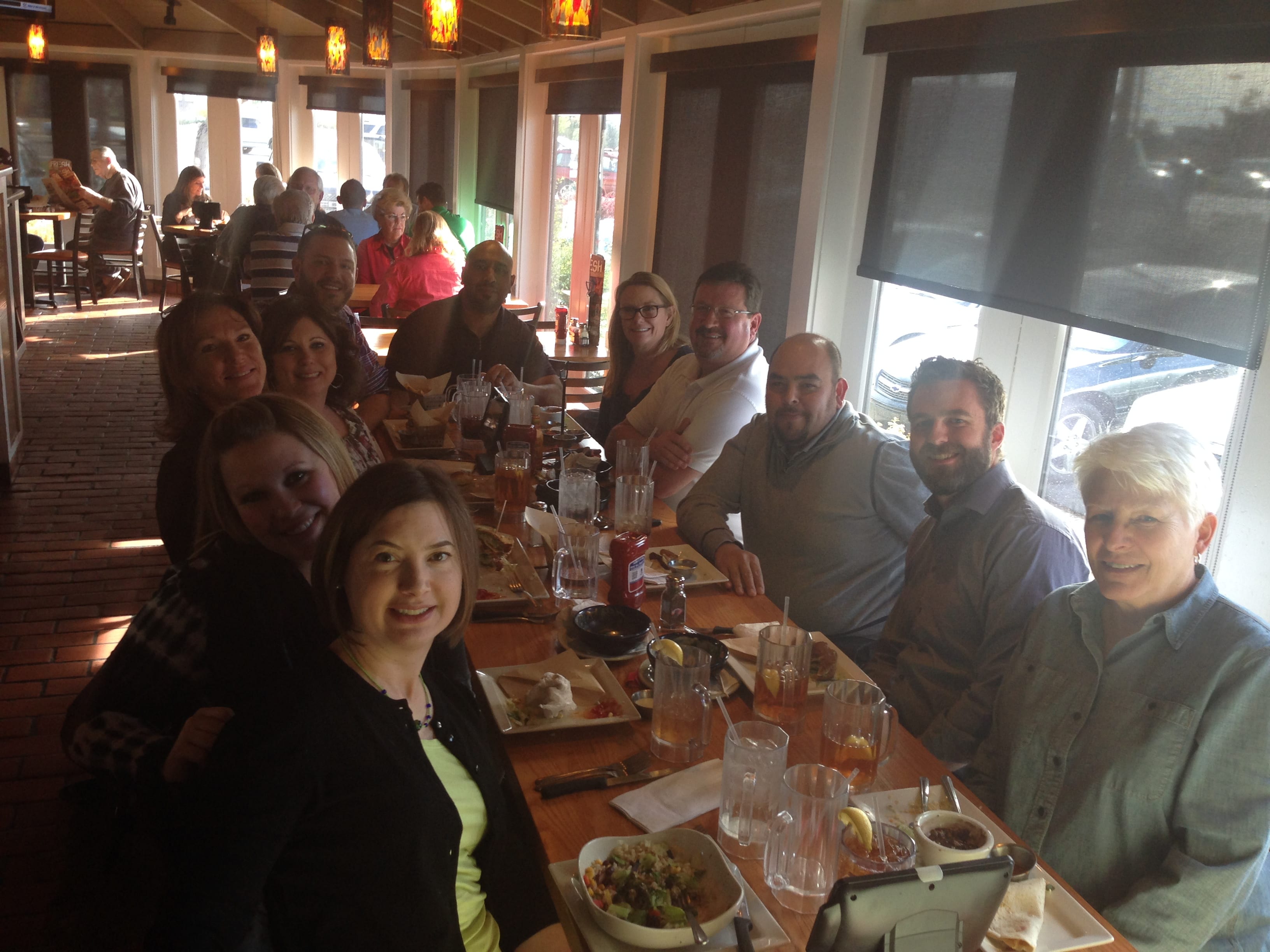 Today, Thursday, November 6th from 11 AM to 10 PM all 3 Chili’s in Reno/ Carson City are donating 15% of their sales to the Veterans Guest House. So the employees in the PK Reno office headed down the street to Chili’s for lunch! Please click this link for more details!  Give Back Event Flyer You can… Read More

Leadership Reno-Sparks Mobilizes Local Non-Profit, Good Shepherd’s Clothes Closet Reno/Sparks, Nev. (October 22, 2014) – There will be a ribbon-cutting ceremony for the Good Shepherd’s Clothes Closet’s new cargo van on Thursday, October 23 @ 3:45 pm at 335 Record Street. Following the ribbon cutting, there will be an open house and tour of the… Read More 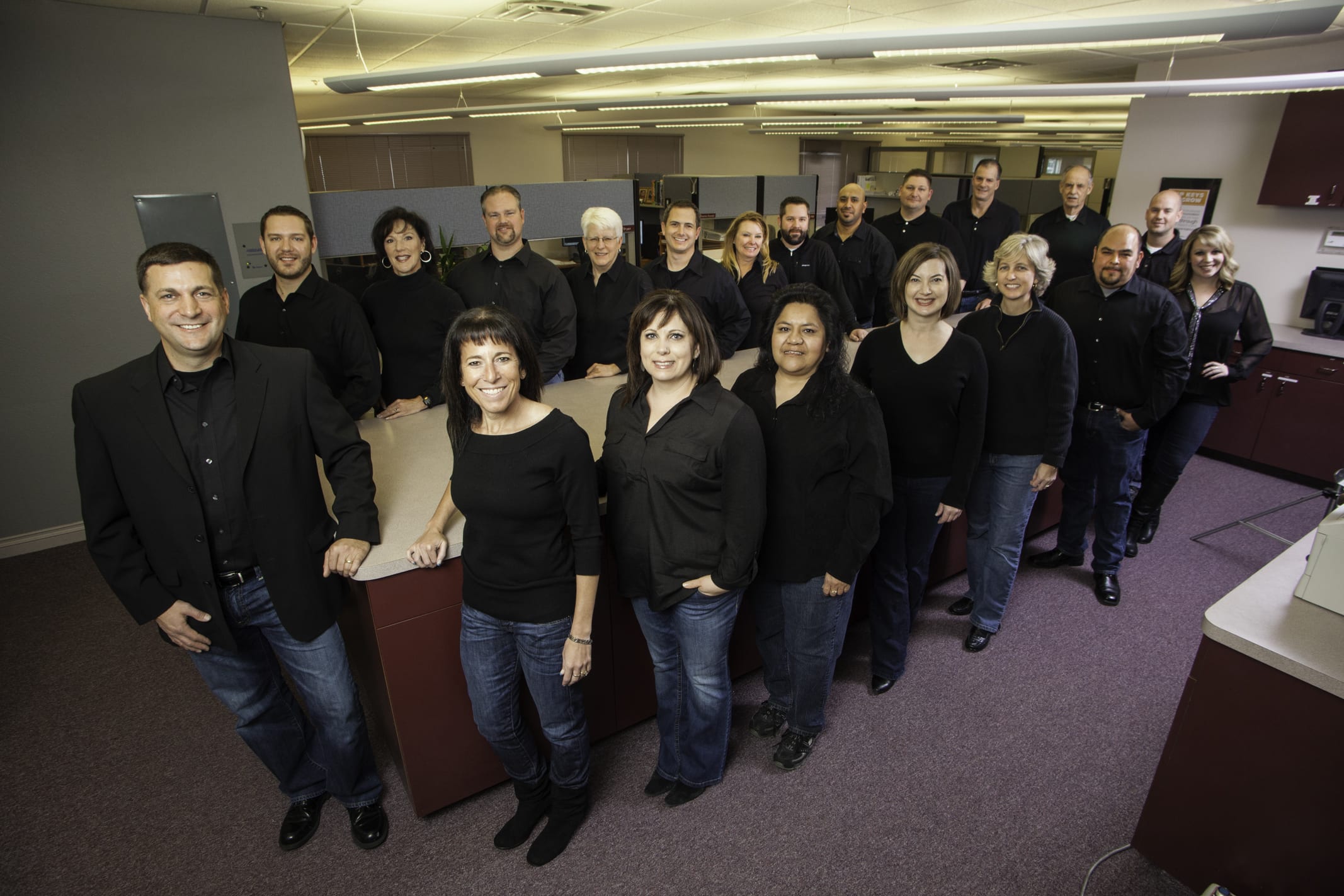 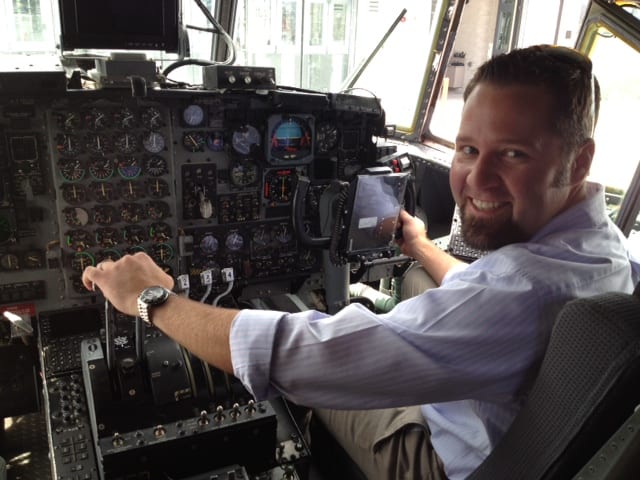 On Wednesday 7/29 I had the honor of attending the Patriot’s Luncheon at the Reno Air National Guard Base, put on by Barracuda Championship (formerly Reno-Tahoe Open), benefitting Veterans Guest House and featuring K9s For Warriors. PK Electrical bought a table, where I sat with Joey Ganser and Dugan Hadler (also with PK), Steve Ainsworth… Read More

Karen Purcell, P.E. has written an article that appears in PE Magazine. As a society, we learn about the world and advance our well-being through science and engineering. The United States may be known around the world for its higher education but compared to many other leading and steadily emerging countries we lack a strong focus… Read More